Java is one of the most popular programming languages in the world which is used to create various cross-platform applications and software.

Every day millions of people are using Java-powered applications. There are several web frameworks, database technologies, libraries and protocols which are built on Java.

Over the last few decades, Java is widely used both as a general programming language by top enterprises and as a teaching language in colleges and institutes. It is also ranked number one in the latest TIOBE index for January 2019.

Java is an evergreen language benefitting the industry from quite long, having its compatibility with many other languages and platforms. Tech professionals can make a wise choice to take up a Software Engineering Online Course to get useful insights about the robust language and others in line.

Java is the most in-demand programming language, so it’s crucial to debug some of the most common fallacies surrounding it.

Here are the top 8 most common misconception of Java programming language:

Of all the most outdated Java myths, this is the most persistent and obvious one. However, there is some truth in its foundation as in the early 90s, the programming language used to be slow at times.

Previously, Java was only dependent on JVM, i.e., Java Virtual Machine to run its applications on each platform. Due to the JVMs there used to an additional software infrastructure for each application which made it slow.

However, over the last ten years, there has been a significant improvement in virtual machines which has made the overall performance of the programming language blazingly fast.

Nowadays, the hardware built for the JVMs is so fast that it does not matter even if we add multiple layers of software. For most of the development processes, Java’s performance won’t cause any speed issues.

Despite this, the perception of a slow platform still exists among people who had negative experiences with its early versions. Hence, it’s essential to examine up-to-date performances of the platform before jumping to conclusions.

If you have previously worked on other programming languages such as C and C++, then you might think that memory leaks in a specific way.

In other programming languages, some part of the memory leaks when the memory locations are allocated differently, and the application loses its ability to store data efficiently.

This type of leaks are very unlikely because in Java the objects are always accessible, but it doesn’t mean memory leaks can’t occur in Java.

In Java, the memory only leaks when a programmer becomes lazy and does not clean up objects and other variables which are not necessary. The applications start eating memory until it runs out.

It’s essential for a programmer not to become sloppy even the odds of memory leaks are less and clean all the unwanted objects and variables.

A prevalent myth among software developers that the quality of the algorithm is the root cause of performance related problems.

Developers and programmers mostly think about codes; hence there is a natural bias regarding their algorithms.

However, in practice, algorithms design is the cause of very few real-world performance issues. The main reason for the slowness of the applications is misconfiguration and wrong access to the database.

Most of the applications and software have very less amount of data, so algorithmic changes won’t cause severe problems related to performance.

It’s important to acknowledge that algorithms are, but the significant part of the problems arises from other parts of the application.

Java Is the Only Programming Language You’ll Ever Need

People who think Java is the only programming language they will ever need are the same one who believes that they can cross the Pacific ocean in a 25-foot boat because it’s the only boat they have.

You can build most of the things with high skill and rich libraries of Java. However, if you want to create applications which are highly performance-sensitive, or need to manipulate hardware appropriately, then it’s better to use other languages for some of your work.

There isn’t much libraries and packages available in Java which can help you to do a lot of direct hardware programming.

Java’s syntax is related to C++; therefore don’t be afraid to program in other languages when necessary.

There is a myth surrounding Java that it is not secure. Most of the programmers and developers think that an applet is introduced via a web page which can corrupt or erase necessary files without prior notice.

Although it is a terrifying thought, it isn’t true. When an applet tries to access the local storage or hard drive the program stops running due to a security exception.

Even if the applet is digitally signed a security pop-up will show up when it tries to access the hard drive or storage location. The pop-up will ask if the user recognizes the signing process. If the user is unsure, then he can click on the “NO” option which will stop the applet.

For collecting the old generation, the Oracle JDK will always use a parallel by default.

There is an alternative option of CMS, i.e., Concurrent-Mark-Sweep which allows the threads to run in most of the GC cycle.

However, there are few limitations such as running application threads along with GC can affect the liveliness of the objects.

Here are some other consequences:

Hence before using CMS in your GS strategy, it’s important to determine whether the STW pauses are acceptable or not from parallel old.

To solve your memory problem, you should increase the heap size

When a given application does not work, and the GC is suspected, then by increasing the heap size the apps will start responding. It can be used as a quick fix to get some time to find the appropriate solution.

However, this strategy can’t be used every time as it can cause other performance related problems.

For example, let us consider an application which has been coded poorly resulting in the creation of several domain objects. If the rate of allocation is very high, then the garbage would be collected very fast which can promote the domain objects to the old (tenured) generation.

Once the domain objects get into the tenured generation it dies automatically and to collect it again we have to wait until the next full collection.

If we increase the heap size of the application, then we are just creating some space for the domain objects to live. It will not benefit the application and can even make the condition worse.

Caching solves all the problems

According to the aphorism of famous computer scientist David J. Wheeler, to solve any problem or issue in the field of Computer Science, we need to add an extra level of indirection.

It is mostly true among web developers and programmers. Instead of dealing with the extant system, programmers try to hide the problem by sticking a cache in front of it.

Due to this, the overall architecture gets complicated which worsen the situation for the next programmer or developer who wants to understand the problem.

So, it’s important to evaluate whether caching is really required and providing value.

Along with understanding these common Java myths, developers need to know about the features of the latest version of the programming language.

None of the myths are true in the versions of Java which are running on the hardware today. It is possible to code wrongly and create a bad application in Java, but it can happen in almost every programming languages.

If your program or software is slow and not working elegantly, you need to look at the programmers and developers who created them, not Java itself.

Sophia is the contributing editor at noeticforce.com. She writes about anything and everything related to technology.

Learn Programming: The 10+ Best Websites to Learn to Program 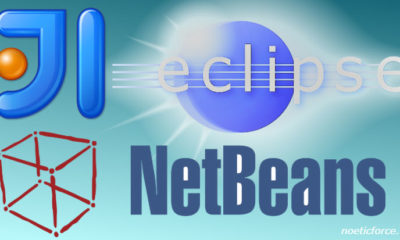 IntelliJ vs Eclipse vs NetBeans: Selecting the Right Java IDE 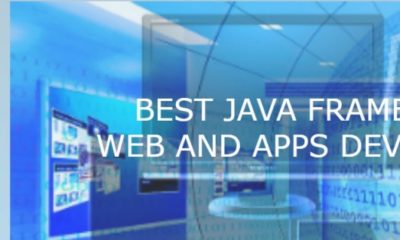 Java Frameworks: The 10 Best for Apps and Web Development 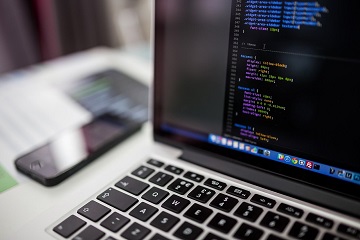 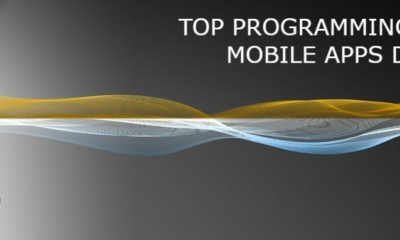